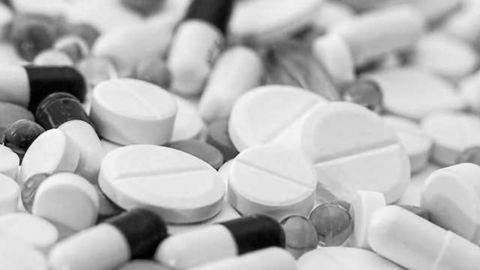 Despite a lot of research and trials, pharmaceutical companies have yet to develop drugs without side effects. While they have come close, we need more research to develop safer medicines. A new technique allows pharmaceutical companies to target specific molecules within a cell. And this new technique also has the potential to help us design safer medicines without the risks of side effects.

Scientists have recently discovered a new technique that allows them to precisely target molecules within cells. Previously, scientists have targeted molecules in a very general way, attempting to block or otherwise interfere with those molecules that might cause problems. But this approach is problematic: one molecule might be harmful in one part of the cell, while doing something helpful in another.

The new technique will make the process of accurately targeting molecules within cells much faster. It can also help researchers identify what certain molecules are doing and which ones need to be targeted. This proof-of-concept study may pave the way to rapid target identification in mammalian cells. Currently, the process relies on cell viability.

The CATCH method was developed by scientists at Scripps Research. They attached fluorescent tags to drug molecules. They then used chemical techniques to enhance the fluorescent signal. They used the method to study several experimental drugs and identified their specific binding targets in individual cells. The scientists hope the technique will eventually become a standard tool for drug discovery.

Traditionally, biological testing has involved testing compounds on purified proteins. With recent advances in assay technology, researchers are turning to cell-based assays to test small molecules in a disease environment. However, in many cases, additional functional studies are needed to discover which compounds have unwanted off-target effects. In addition, additional functional studies can identify new roles for the target protein in cellular networks.

Many pharmaceutical companies have made progress toward developing drugs that have no known side effects. However, there are still many concerns associated with drug development and the process of clinical trials. In some cases, the process can be lengthy and expensive, making it difficult for patients to use new drugs. Fortunately, there are several steps that can be taken to reduce the risks associated with new drugs.

One such step towards developing drugs with no side effects is an increased emphasis on research. The pharmaceutical industry has a strong incentive to develop new drugs, but this entails more money and greater risk. Consequently, without a financial incentive, companies will produce fewer innovative drugs, which may result in worse health outcomes.

One of the biggest problems with clinical trials is that they cannot accurately detect potentially dangerous side effects of drugs. The data obtained from these trials is sometimes inconsistent and can be misclassified. This is due to the fact that adverse events are usually recorded as secondary outcomes in clinical trials and not prespecified. Also, spontaneous reports from trial participants can lead to misclassification of adverse events. For example, recent systematic reviews have suggested that inhaled corticosteroids may increase the risk of pneumonia. However, in these studies, radiographic confirmation of pneumonia was not available. This meant that the pneumonia was recorded as a serious adverse event. 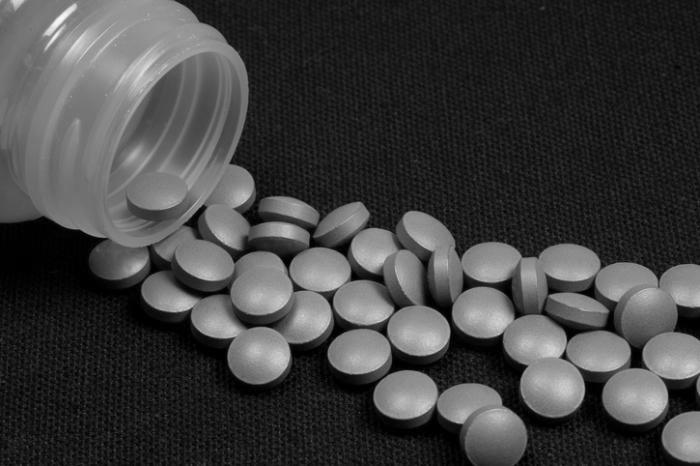 Another major problem with clinical trials is that they rely on human volunteers, and thus are prone to bias and errors. Therefore, it is essential to understand what is involved before enrolling in a clinical study and weigh the risks versus benefits. Additionally, the results of clinical studies are often affected by funding, bias, and trial errors. Moreover, the clinical studies often continue after FDA approval, and so new complications and side effects may occur later.

The Safer Medicines Trust (SMT) is an independent organisation that promotes the development of safe and effective medicines. It supports the use of scientifically valid methods, human relevant technologies, and better management practices. SMT’s three core pillars are KT, GK, and PP.

Using human relevant approaches is essential to developing safer medicines. This approach is increasingly being adopted by pharmaceutical companies. It is based on the concept of «human relevant science». The goal of the Alliance for Human Relevant Science is to accelerate the development and adoption of these techniques. It also promotes patient safety.

When drugs interact, a synergistic effect is created. This can help treat a variety of conditions, including bacterial heart infections and cancer. For example, chemotherapy and radiation can work together to fight cancer. Using multiple drugs together reduces the risk of side effects.

Synergism is a term that refers to cooperative action among multiple parts of an organism. For example, when a muscle group works together, it produces more force than when it works alone. Similarly, pharmacologic synergism uses therapeutic agents that affect different pathways in the body. The combined effects of two or more drugs can be even more effective than the individual drugs.

Pharmaceutical companies can use synergism in many ways. Combination therapy can be used to treat conditions that cannot be treated using a single drug. For example, drug A may be effective at reducing pain while drug B may have an antibacterial effect. When these two drugs are used together, their combined effects are 75 percent stronger than each drug alone. This is a great example of synergism.

Another example of a synergistic disease is the presence of two parasites in a single organism. A symbiotic relationship between two or more self-organized systems promotes communication and entropy exchange. In addition, it enables individuals to achieve homeostasis. In a symbiotic system, the goal of achieving a state of thermodynamic equilibrium is the same as that of a holobiont. 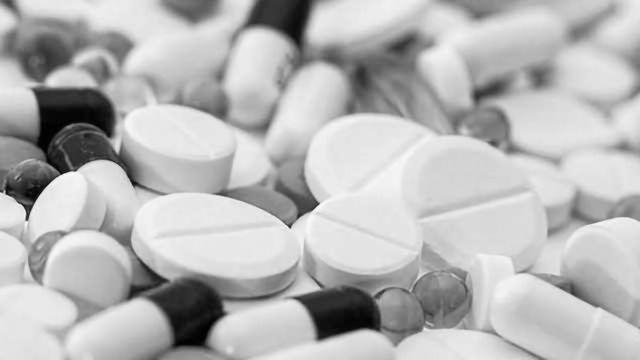 In chemical antagonism, a drug’s initial pharmacological activity is destroyed when it interacts with an agonist. A common example is the interaction of protamine sulfate and heparin, which prevents heparin from exerting its anticoagulant effects.

Physiological antagonism in chemistry and pharmacology involves drugs activating compensatory mechanisms in the body. For example, a drug can increase blood pressure by activating the a-adrenergic receptors. On the other hand, an antagonist can reduce blood pressure by blocking the action of an agonist by reducing the amount of available receptors.

In this study, researchers found that the recording method could greatly influence the concentration-effect curve of an antagonist. Using an isotonic or isometric recording system, antagonists should have a narrow range of responses compared to agonists. An important observation was that isometric and isotonic IC50 values exhibited a significant correlation. 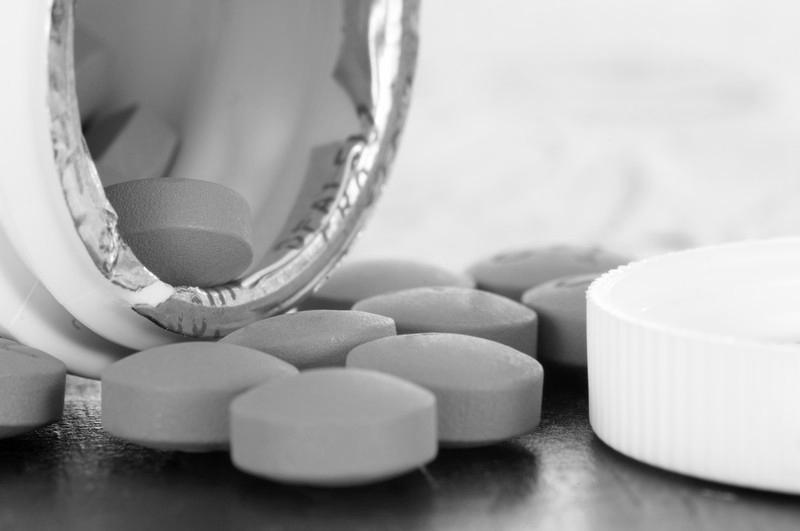 In pharmacology, biological synergism can be seen in a variety of situations. For example, in an infection, doctors may use a combination of antibiotics, like ampicillin and gentamicin, to fight the infection. Each of these drugs targets a different microorganism, but taken together, they kill the infection faster. This combination also aids in speeding up recovery. Another example is in cancer treatment, where two drugs can work together to stop the growth of cancer cells.

Biological synergism is an interaction between two drugs, such as two antidepressants, which will result in a larger effect than any of their individual effects. This type of interaction can help improve the efficacy of a drug, but can also be harmful.

One popular model for assessing combined effects is the Bliss Independence model. However, there are several limitations to this model. One major limitation of this model is that it only accounts for probabilities between 0 and 1. Another disadvantage is that it does not account for the different mechanisms of action of two drugs.

It is important to note that this model is not applicable to all cases. It must be general enough to account for rare cases but specific enough to be useful. Furthermore, it must be easy to interpret and apply. Therefore, it is essential to choose a model with an intuitive and user-friendly interface.

A positive drug combination effect occurs when the observed combination effect is greater than the expected additive effect of the individual components. This is often referred to as synergy. However, the effect can also be measured as cell survival or growth. This model is a combination of two different approaches to drug discovery.

One of the most common models to analyze the combined effects of two drugs is the Bliss Independence model. However, this model has several shortcomings and should not be relied on when modeling drug combinations. One is that it assumes that drugs act independently and contribute to the common result. Moreover, the Bliss independence model fails to account for compound effects in a hill slope-dependent manner. As a result, combinations with a low Hill slope would appear less potent than combinations with a high Bliss value, but would likely be antagonistic.

What Are the Side Effects of Diclofenac?