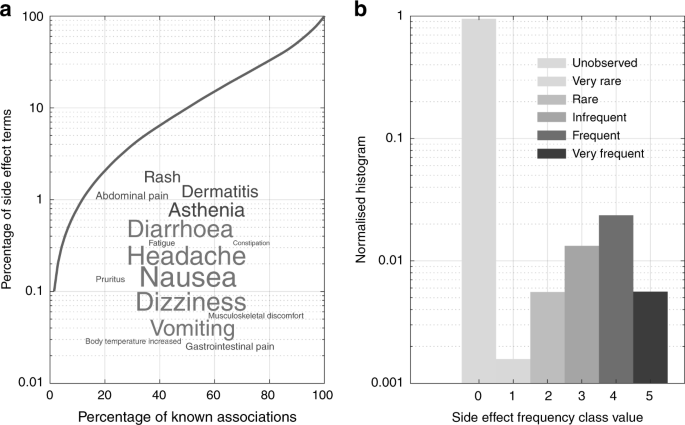 While some off-label uses of drugs are legal, they can come with risks and complications. Many of these use cases have been the subject of lawsuits and settlements. Some of these lawsuits have resulted in some of the largest pharmaceutical settlements in history.

Off-label uses can have serious consequences for patients. In the case of quetiapine, which has the FDA’s highest level of warning, patients may experience deadly side effects if not used correctly. Another example is a heightened risk of death in elderly patients with dementia who are taking antipsychotic drugs.

Off-label uses of drugs are not illegal, but they are highly controversial. These drugs are prescribed without adequate data or studies. Some of these uses are ineffective or harmful, while others have been proven safe. The table below lists some FDA-approved drugs and their off-label uses.

Many physicians use off-label drugs for a variety of conditions. The reason may be that they’re more effective or safer. However, off-label uses should only be used when they are in the best interest of the patient and if there is credible published scientific evidence to support the use. Additionally, off-label use may not be appropriate if the patient’s medical condition is complex or has many comorbidities.

Off-label use is a legal and widely used practice. In the U.S., off-label use occurs when a physician uses an FDA-approved drug for a purpose other than its approved purpose. While it is common, only a small percentage of patients are aware of it. Furthermore, doctors are not required to tell patients about it.

A new study suggests that drug makers fail to fully disclose serious side effects. The vast majority of serious outcome reports filed with the FDA are missing key data. This problem has broader implications, the authors of the study assert. While drug makers voluntarily report adverse events, the data is incomplete or patchy. That means that consumers and doctors have to rely on a patchwork system to gather information about side effects.

A more accurate assessment of side effect frequency is crucial for both pharmaceutical companies and clinical practice. It helps reduce the risk of drugs being withdrawn from the market or requiring new clinical trials. For the FDA, more accurate estimates of side effects lead to better treatment decisions. The agency is actively seeking public input to improve its monitoring of side effects.

Despite the fact that side effects are an inevitable part of any medication, pharmaceutical companies still promote their products to doctors and patients off-label. In fact, the industry makes $40 billion a year by off-label promotion, 20 percent of its total revenue. However, not all off-label promotions are created equal, and some are worse than others.

In order to promote their products, pharmaceutical companies often amplify the benefits of their drugs, and rarely mention their side effects. This practice changed in the late 1990s when the U.S. Food and Drug Administration (FDA) began to regulate drug ads. Drug ads must now include a space to list side effects, as well as the benefits. This helps counterbalance the inflated impression of efficacy.

Influence of drug commercials on side effects

Although drug ads have been around for years, it’s still unclear how they affect side effects and their frequency. Most advertising for drugs fails to convey hard data on the drug’s effectiveness or side effects, opting instead for vague statements that oversell the product. Even when they do mention side effects, the messages don’t include any information about how common or rare they are.

Drug companies spend billions of dollars each year on advertising their drugs, and it has been found that this advertising has a positive effect on the rate of prescriptions. Yet this doesn’t necessarily translate to better health. In a recent study, researchers from the Wharton School and the USC Anderson School of Public Health in Los Angeles, California, looked at the effects of drug advertisements. They found that drug advertisements increase the amount of prescriptions, but not necessarily the effectiveness of the drugs.

Drug commercials can cause harmful side effects if they don’t provide consumers with the full picture of the drug’s risks. For instance, the painkiller Vioxx, made popular by Bruce Jenner and Dorothy Hamill, was recalled from the market after it was linked to numerous heart attacks.

Drug ads are not only expensive — they can also be harmful. Many people ask their doctors to prescribe drugs that are promoted through DTC advertising. According to a recent study published in the Journal of the National Cancer Institute, drugs with DTC ads increased their sales 43 percent while the average drug gained just 13 percent. Furthermore, every dollar spent on drug advertising resulted in an increase of $4.40 in sales for the drug. For these reasons, you may be entitled to compensation if you have been adversely affected by a drug or medical device.

While the FDA regulates drug advertisements, they do not always ensure the truth. Many drug companies submit commercials to the FDA for approval, and while the FDA does regulate advertisements after they are released, the FDA is not required to approve them before they reach the public. Despite this, some states do not allow ads for drugs they regulate.

Walnuts can help reduce inflammation, reduce the risk of cancer and improve your brain function. However, you should talk to your doctor first if you are new to walnuts. In addition, you may want to consult with an allergist. In addition, walnuts may cause allergic reactions.

Walnuts have many health benefits including decreasing inflammation and reducing the risk of certain diseases. They may also help prevent cardiovascular disease, depression and Parkinson’s disease. In addition, walnuts may also protect against oxidative stress and inflammation. This can lead to a reduced risk of chronic diseases and premature aging of the skin. 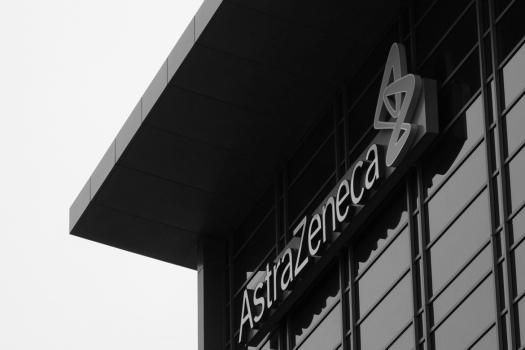 Walnuts can also improve the health of your gut microbiota. A healthy gut microbiota is associated with good health, while an unhealthy microbiota contributes to inflammation and disease. Walnuts contain polyphenol ellagitannins, a type of antioxidant, that can support healthy gut bacteria. A healthy gut can protect the body from heart disease, diabetes, and even some forms of cancer.

Walnuts also contain antioxidants and omega-3 fatty acids. These compounds can help reduce inflammation and reduce the risk of heart disease. They can also help fight oxidative stress. Inflammation is a common cause of many diseases, such as Alzheimer’s and Parkinson’s disease. Walnuts contain a subgroup of polyphenols called ellagitannins. These compounds may help protect the brain against inflammation.

Walnuts are also a rich source of vitamin E. They contain large amounts of gamma-tocopherol, a powerful antioxidant that fights free radicals in the body. Vitamin E helps repair the skin and prevent wrinkles. Additionally, walnuts contain a range of B-complex vitamins, including riboflavin, folate and niacin.

A study published in the Nutrients journal suggests that walnut consumption may help protect against cancer. Researchers believe walnuts may help improve the microbiome of the gut, which helps increase the number of healthy bacteria in the body. The study also showed that walnuts increased levels of the miRNA hsa-miR-551a, which is linked to reduced cell migration and invasion. However, the research is still in its early stages, and more research is needed to determine exactly why walnuts reduce the risk of cancer.

Walnuts also contain alpha-linolenic acid, or ALA, which is essential for various body processes. It is a proven antioxidant and has anti-inflammatory effects. It is also a source of several vitamins and minerals.

Research has shown that eating leafy green vegetables can improve brain function. These vegetables are high in vitamin C, which fights free radicals that damage brain cells. They also help maintain brain energy levels. In addition, leafy greens contain plenty of antioxidants and essential nutrients like magnesium, selenium, and zinc. Zinc is an important nutrient for DNA metabolism and cell division. A deficiency in zinc can impair brain growth and function.

Exercise is especially beneficial for brain building. It’s important to take breaks to walk or exercise, especially during the day. Even a short walk can help you get past a slump in mental energy. The research also suggests that getting enough sleep is crucial for a healthy brain. Most adults need 7.5 to nine hours of sleep each night. Skipping a night’s sleep can affect memory, problem solving abilities, and creativity.

Swimming is an excellent physical activity that works many parts of the body. It improves mood, memory, clarity, and focus. It also improves blood flow to the brain, which has a positive effect on brain function. Swimming also helps people get a workout for the heart, which is also an excellent workout.

Walnuts are a great way to lower your blood pressure. They are rich in polyphenols, which fight inflammation, and the omega 3 fatty acid ALA. This nutrient also helps fight oxidative stress, which is a major cause of many diseases. Eating about 45 grams of walnuts per day may help lower your blood pressure and your risk of heart disease. They can be found at most grocery stores in raw, salted, or roasted varieties.

A recent study, conducted by Penn State, showed that walnut consumption lowers central blood pressure in obese men and women. Nevertheless, the researchers did not recommend adjusting the participants’ lifestyle to incorporate walnuts into their daily routines. In addition, the study was limited by low statistical power.

However, walnuts are also high in alpha-linolenic acid (ALA), a plant-based omega-3. ALA has many benefits, including lowering cholesterol and blood pressure. It may also improve heart health and boost male fertility. It may also help protect the body against cancer. Another benefit of walnut consumption is that it is thought to help reduce waist circumference.

Taking care of your heart is vital, as heart disease is the leading cause of death and disability in the United States. While there are many factors that can increase your risk, many of them can be controlled. If you follow a few simple lifestyle habits, you can lower your risk of heart disease.

People who participated in the study answered questions about their lifestyle and physical activity. This helped researchers estimate the amount of moderate or vigorous exercise they completed per week. They also analyzed the rates of heart disease and stroke for people from January 2013 to December 2016. After analyzing the data, they adjusted their analyses for socioeconomic, health, and lifestyle factors.

Increasing your exercise is another simple way to lower your risk of coronary heart disease. It’s been proven that 150 minutes of moderate exercise a week can lower your risk by as much as 10%. Regardless of age, physical activity improves mental health and helps prevent heart disease. Increasing your physical activity and reducing your screen time can benefit your heart health as well as your physical health.

What Are the Side Effects of Diclofenac?