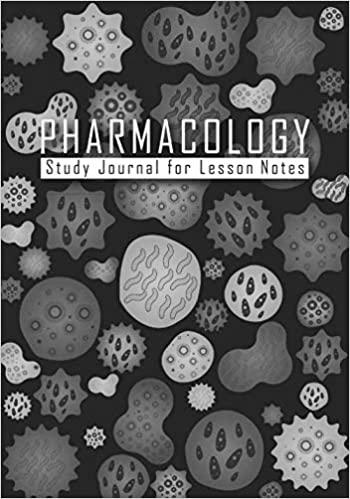 One of the best ways to study for pharmacology is by using flashcards. Creating your own flashcards is easy, and you can find free resources online. Premade cards are available on Quizlet, Anki, and Brainscape. You can also make your own using illustrations or mnemonics. The key is to pick the right resources for you, and to remember that the best way to remember a topic is repetition.

Pharmacology flash cards can help you memorize drug names and their mechanisms of action. They can also contain important information such as drug interactions and adverse effects. Aside from flashcards, you can also make up a story to recall pharmacology concepts.

Another way to remember pharmacology is to learn mnemonics for each of the concepts. The mnemonic I ESCAPED CPR, for example, provides an easy-to-remember approach to complex pharmacotherapeutic decision-making. It helps pharmacy students remember the most important parameters of a medication regimen. Pharmacology students need to make informed, rational decisions about the treatment of patients. A systematic approach is needed to make these decisions.

While there are many other methods to memorize pharmacology information, a good strategy for students is to memorize drug names by class. This is much more effective than memorizing them all at once, as you will be able to concentrate on one mechanism, set of indications, route of administration, and metabolism at a time. By focusing on one topic at a time, you can avoid the confusion that can often accompany the subject.

Another good strategy for students who are struggling to remember the content of their textbook is to use the immersion principle. This method does not require extensive study time in the library, but instead involves genuinely thinking about the subject. You can even incorporate the topic into your daily life. For example, you can make jokes about the subject or tell humorous stories about experiences you’ve had.

Another useful way to study pharmacology is to create flashcards for each drug. This way, you can quickly review each drug’s name, indications, contraindications, and mechanism of action.

One of the most challenging aspects of studying pharmacology is memorizing the vast amount of material. To deal with this, students have adopted strategies such as the use of flashcards, graphs, and charts. In addition, students have employed a wide variety of learning techniques, including using individualized teaching methods and group learning.

These methods improve memory by linking together similar concepts. This helps students retain information for longer. The process also avoids confusion by helping students recall information with just one key. For example, one key may help students recall the different types of drugs, such as loop diuretics or aminoglycosides. Some of these drugs can cause adverse effects, such as ototoxicity, which is a condition in which a drug has an adverse effect on the auditory system. 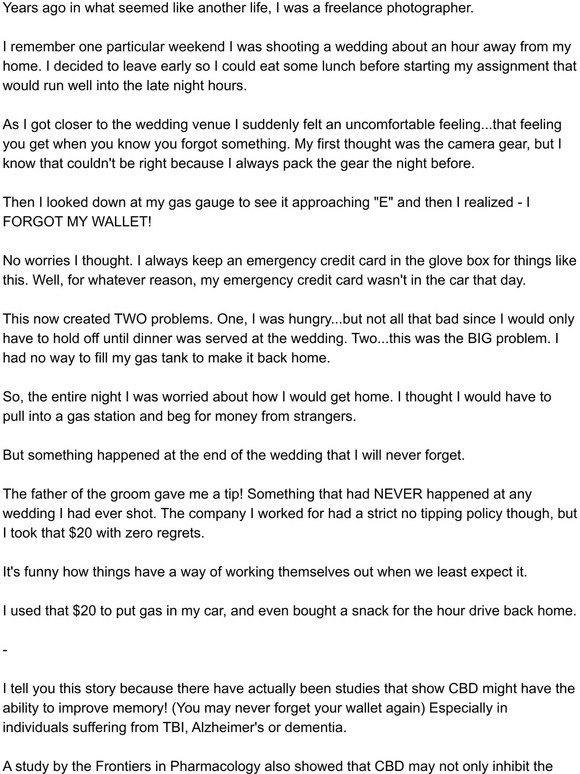 This study examined the learning process of undergraduate students studying pharmacology. This subject is known to be difficult to master because students often are not familiar with the terms and concepts. Moreover, students may not understand how pharmacological principles transfer from theory to practice. Hence, the study sought to identify learning processes that transform students as learners. In addition to these approaches, the students were also given prompts and asked to write reflective essays.

A conceptual framework, as a framework, is a set of related concepts that facilitates comprehension, analysis, and explanation of observed phenomena. This framework can be represented using infographics. Students can use these graphics to learn about drug characteristics, mechanisms of action, adverse effects, and interactions. The approach also works well for concepts that are hard to grasp.

The modified TBL exercise can be used as an assessment tool and to teach students the importance of concept integration. In this exercise, faculty members assign students to small groups of learners to complete a social pedagogy-based pharmacology curriculum. They also give students the opportunity to practice the concept mapping technique.

An effective social pedagogy model facilitates the development of collaborative learning habits. It also allows learners to understand complex content and develop critical thinking skills. Furthermore, it promotes self-efficacy. Furthermore, this approach is agnostic with respect to the learner’s background or training in pharmacology.

Using flashcards to study pharmacalogy is a great way to retain information and make sure that you never forget it. Pharmacology is a large subject that teaches hundreds of different medications. Using flashcards will help you remember all the different drugs, dosages, and other information you need to know. These cards are also easy to carry, so you can study anywhere. Moreover, you can even create your own set of pharmacology flashcards. Make sure to include information about each drug class, dosage, mechanism of action, and adverse effects.

While using flashcards for pharmacology is beneficial in its own right, it is not the best way to memorize all the information. It can be challenging to memorize all the drugs, their side effects, and their interactions, and it can take some time. Fortunately, there are many websites and apps that can help you. For example, Evolv is a website for healthcare students. The site allows you to register your textbook and then provides supplemental resources for your studies. It also has practice exams and tips to help you memorize the different drugs.

Pharmacology flashcards are an excellent way to study for the USMLE Step 1 examination. They are inexpensive and offer detailed information on the various drugs and their effects. In addition, the content of the cards is written by students, so you won’t feel overwhelmed by the material. Flashcards also promote smart study habits, which is an important skill for the USMLE.

Another method is to use a pharmacology medication organizer. These cards organize the drugs by category and highlight important information and side effects. This will help you remember the information and avoid forgetting about it on the exam. Alternatively, you can talk to yourself about the different medications, which will help you remember them better.

Pharmacology flashcards also come with the advantage of providing you with a variety of study tools. You can choose a flashcard set that contains the information on the top 200 drugs and select prototype drugs of major drug categories. The cards contain information on the drug’s therapeutic uses, administration considerations, side effects, and priority patient instructions. Additionally, you can download the cards to a computer to keep them handy for review.

In the 19th and early 20th centuries, the term pharmacognosy was used to refer to a branch of medicine that dealt with the study of crude drugs, or unprepared plant, animal, and mineral materials. Its roots were in the materia medica of Galen and Dioscorides. Today, the term pharmacognosy is often synonymous with the German-language branch of medicine called Drogenkunde.

Today, the field of pharmacognosy is a branch of pharmaceutical sciences that focuses on natural plant substances. It is an important part of the academic curriculum for pharmacists, and it has an impact on the development of new drugs. This article discusses the status quo of the field, its connections with other branches of science, and the use of natural drugs in therapy.

Pharmacognosy also encompasses natural products and their biological effects. It includes the study of secondary metabolites, such as alkaloids, glycosides, tannins, and terpenoids. These are derived from both terrestrial and marine microbes and are used as natural pesticides. Pharmacognosy also involves studying the mechanisms of drug action.

Pharmacognosy is a branch in pharmacology that studies plants and other substances for medicinal purposes. It is considered the oldest type of pharmacy. It was first defined by Schmidt and Seydler in the 19th century. It originally referred to the study of “Materia medica”, which were medicinal substances of plant, animal, and fungal origin. The term was later applied to chemically uniform drugs as well.

Pharmacognosy was closely associated with pharmacology at pharmaceutical faculties until the early 20th century. It is an important branch of pharmacology and a legitimate branch of the discipline. Today, pharmacognosy is used in the synthesis of drugs and preparation of modified structures of natural substances. 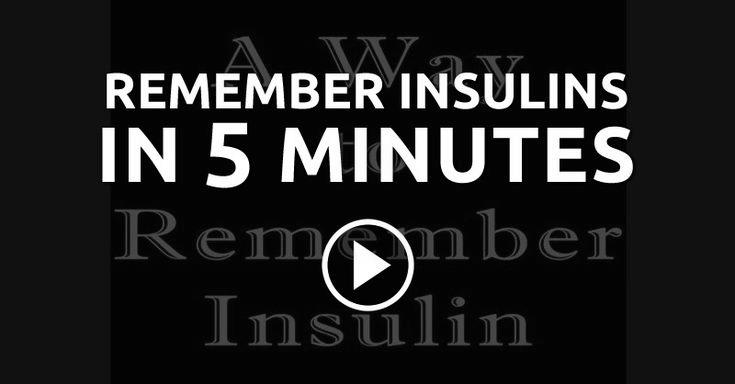 Pharmacognosy is also a branch of pharmacology that studies the chemistry and biology of natural products. Its scope extends to the study of secondary metabolites, such as alkaloids, glycosides, terpenoids, and steroid saponins. Some of these substances have been used as natural pesticides and medicines.

Pharmacognosy is a branch within pharmacology that focuses on the science and application of plants. It combines traditional and modern medicine to develop new treatments. Pharmacognosy has its roots in ancient and traditional medicine practices throughout the world. These traditional practices include folklore, incantations, and materia medica, which record traditional uses and indications of drugs. More recently, systematic evidence-based investigations have incorporated these principles into the pharmacological sciences.

Pharmacognosy is often confused with pharmacy, but it is a separate discipline within the health sciences. It focuses on the biological and chemical effects of drugs, and also on the sources of these compounds. It also encompasses toxicology, which is the study of the adverse effects of certain substances, including pharmaceuticals.

Pharmacognosy is one of the oldest branches of pharmacology. Until the mid-19th century, pharmacognosy was closely related to pharmacology, and it was often taught in pharmaceutical faculties. It was not until the beginning of the 20th century that pharmacognosy started to gain popularity as a separate discipline.

Pharmacognosy is an important branch of pharmacology, and it has played an important role in the discovery and development of drugs. It is one of the oldest branches of pharmacy, and one of the largest areas of pharmaceutical science. The Department of Pharmacognosy is dedicated to providing outstanding training in the natural sciences, and pursuing quality research on an international level. It is well-equipped with modern scientific instruments and is staffed by subject specialists with a long track record in research.

The term pharmacognosy comes from Greek words pharmakon and gnosis, which means “knowledge”. Pharmacognosy covers the biochemical and biologic properties of drugs and traditional medicinal agents. Its applications range from self-medication to identification of new drug candidates. Biotechnology has made it possible to synthesize natural bioactive molecules.

Pharmacognosy is a broad field of study that deals with the properties and interactions of drugs. It is one of the five main areas of pharmaceutical education, and it is highly interdisciplinary. It is a branch of pharmacology and is closely related to toxicology and pharmaceutical sciences.

Pharmacognosy is an excellent choice for people who want to study natural products, but who do not want to study toxicology. This area of study focuses on secondary metabolites that have medicinal, ecological, and gustatory properties. The field covers all the biological kingdoms, but is particularly important in plants and marine invertebrates. It is a rapidly growing field, and it is often complemented by other fields of study.